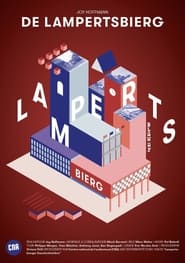 De Lampertsbierg Download - "DE LAMPERTSBIERG is a documentary series about Limpertsberg, a district of the city of Luxembourg. It was researched and directed by Joy Hoffmann, with the support of the "Amis de l'histoire du Limpertsberg". The film is produced by the "Centre national de l'audiovisuel" (CNA). The film is presented as a series of six episodes, each lasting approximately 35 minutes. The film is based on interviews with local personalities, archive footage from the CNA and RTL, newly shot footage as well as photos and documents from Luxembourg archives and private collections. "De Lampertsbierg" is a personal look at the neighbourhood by the director who has spent his whole life there. The series describes specific aspects of the district, but also reflects 150 years of history of the city of Luxembourg, if not the whole country.